It’s December, and time for the Winter menu to truly appear!  Traditionally, nuts and dried fruit dominated the winter menu owing to their longevity in the harsh, cold months when so little could grow.  Spices masked the taste of meat that was outstaying it’s welcome a little bit.  We’re all a bit spoiled now and seasonal food means nothing to most families in the West.  However, as the Twelfth month rolls in our taste buds seem to crave these delicious treats.

Inspired by the glorious mince pie which, once upon a time, DID include meat as the name suggests, I came up with this little number.  Mutton was a common ingredient during the Mince Pie’s infancy, so I decided to work with lamb.  The result is a velvety, sweet and undeniably festive pan sauce atop succulent lamb chops, complemented by the bursts of flavour and texture offered by dried mixed fruits.

Optional Extras – By all means make this more winter-spiced with some mace, nutmeg, or even orange zest.  I went for a fairly mild rendition.

I served with lamb staple accompaniments, mash and peas.  Just drizzle the sauce on top and let the raisins and currants slide on down.  A dollop of cranberry sauce added to the festive fruit flavours and gave another dimension of sweetness against the salty lamb. 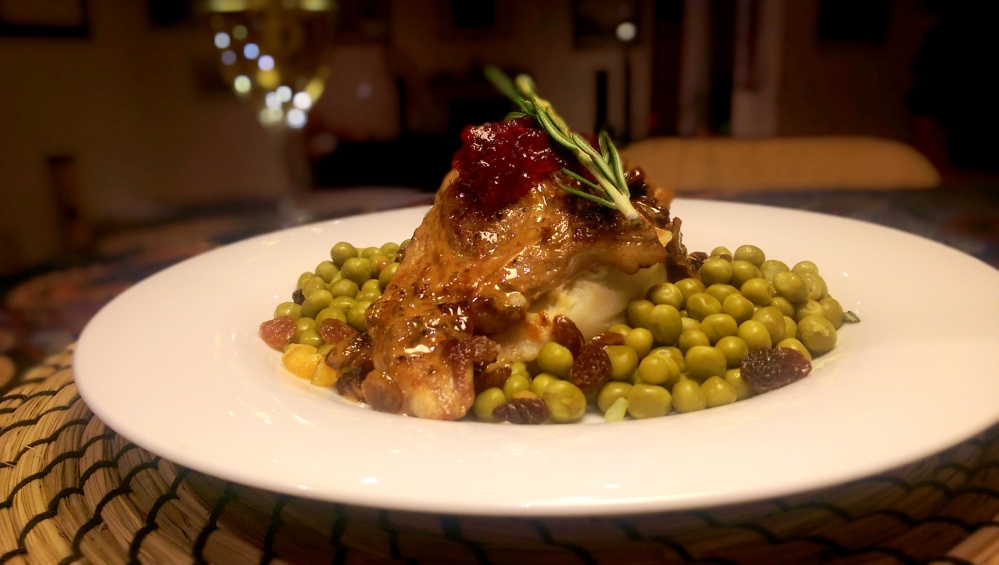