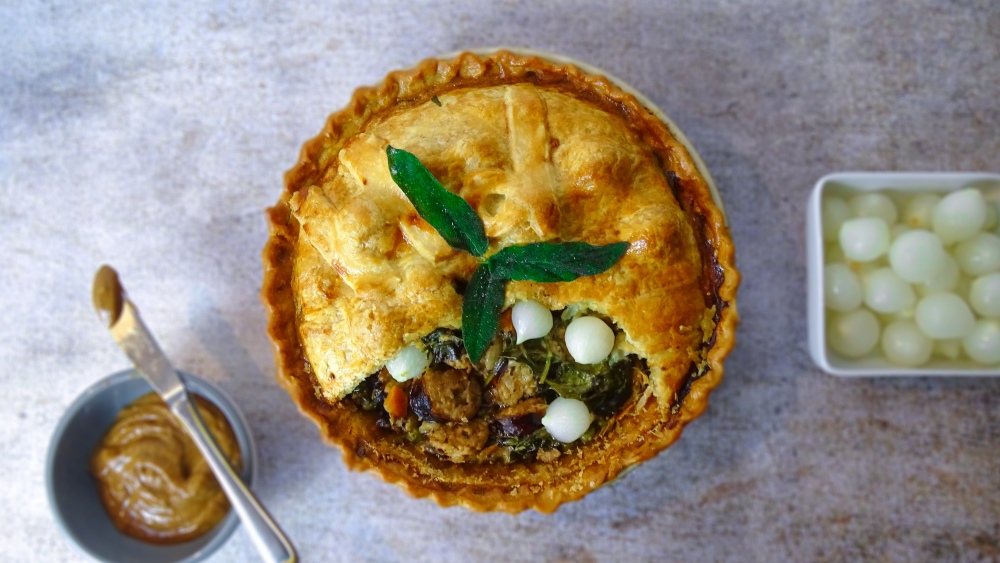 In a bit of a first on this site, this next recipe is a request.  You see, my father-in-law’s birthday is today, and he’s a dedicated fan of my recipes here.  He’s also something of a cook himself, and particularly enjoys having a crack at the pie recipes I make on here – he recently made a fantastic rendition of the Devonshire squab pie I uploaded not so long ago.  Anyway, for his birthday this year he asked me to have a go at inventing a new pie named “Peter’s Pie.”  I won’t lie, this involved rather a lot of umming and ahhing.  He’s from Leicestershire, so initially I wondered about going down that route – alas, there’s nothing I could do with a pie that Melton Mobray hasn’t done much better already.  He’s a nurse, but I wasn’t sure what that would turn up besides a hospital-food medley, which I don’t imagine is anyone’s favourite pie idea.  Then it hit me – why think about how he spends his business hours when I could look to his leisure pursuits?  He’s a golfer.

How to inject golf into a pie?  Do I fill it with grass?  Do I look to traditional golf-club snack foods.  Instead I went for spectacle.  Peter loves a pickled onion – that’s my in.  Using some tiny silverskin pickled onions I decided to layer the pie with spinach (grass) and pickled onions (golf balls).  One for every golfball he hits into the rough (per game).  Underneath it has a lovely, hearty layer of sausages and vegetables in a mustard-based gravy (he likes mustard too).