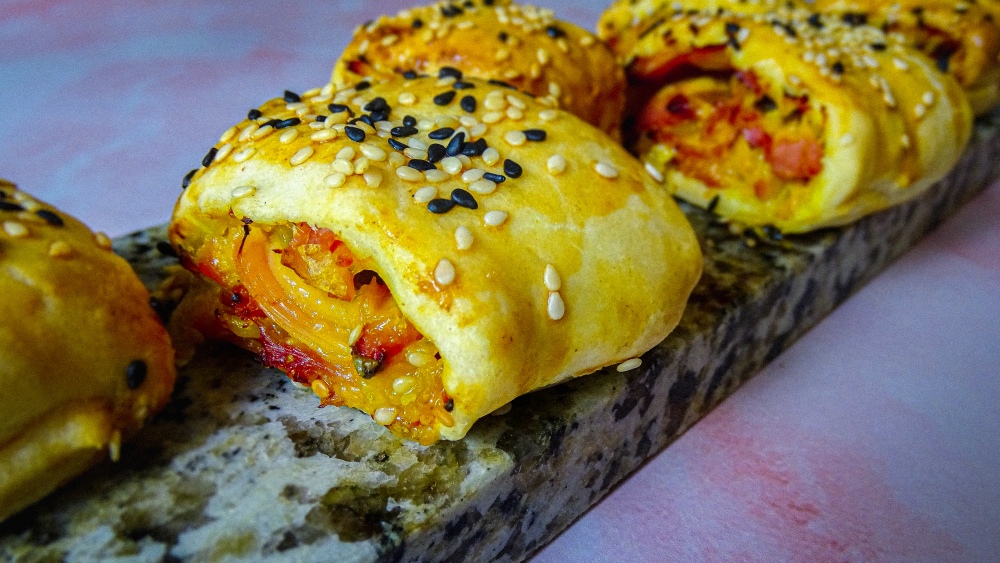 Ham and Piccalilli go together like Hall and Oates, or Garfunkel and Oates, or Simon and Garfunkel.  They go together well.  Ham is, by nature, very salty.  As such, it pairs up beautifully with anything sweet and acidic.  There’s a reason you so often see it with pineapple, honey and apple.  It cries out for them to cut through the bold salt and tie it all together.  Piccalilli – while not most people’s initial thought when it comes to sweet food – perfectly encapsulates this.  I always thought of piccalilli as “grown-up pickle” when I was a child.  It’s that stuff that dad likes to eat, the weird, over-strong cousin of Branston.  It wasn’t until I was around 20 that I tried it again and developed a real taste for the stuff.  It is a mustard-based pickle, created during the era of the Raj as an attempt to replicate Indian pickles.  Naturally, with its vinegar base, it is extremely acidic.  The sweetness content varies, and it can sometimes benefit from a stirring of runny honey too.

These rolls are rolls in the sense of a sausage roll – wrapped tightly in puff pastry, it makes an absolutely wonderful variation to the Christmas nibble platter.  You’d also be surprised at just how well the pastry contains all that filling!  If you’re a ham-eating family for Christmas dinner, you should absolutely use some of your leftovers to make these as Boxing Day treats.  They are so incredibly easy.  While I did once have a go at making piccalilli myself, I won’t be attempting that here, making the entire process even simpler.

If making the ham specifically for this

These are good to eat hot or cold and will keep for a good few days in the fridge.